On December 5th 2020, MLZ Art Dep presents in its gallery in Trieste the solo show Microwave City / the Cloud Serie by Alberto Sinigaglia.

Microwave City is a project about the icon (the Atomic Bomb) and the nature of the photographic medium. The series moves its first steps from the deep relaionship between Las Vegas and the Bomb, both artifices born from the desert ‘s sands. Infact during the 50’s it was an advertised attraction: the tourist could admire tha explotions/tests happening in the desert comfortably from their hotel terrace.

They were taking phtographs of those dramatic scenes tranforming them into a family album’s memory, souvenirs of a leisure time. In the same manner the artist took the picture of the Los Alamos Science Labs documenting the tests and traformed them erasing the stem of the atomic mushroom. The final result is a series of fluffy, harmless and colorful, yet mysterious, clouds floating in the sky which are displayed together with lightboxes enlightening texts taken from pornoghrapic material collected in Las Vegas The nature and the meaning of the image have completly changed, the Bomb (the icon) not recogniazible anymore, completely camuflaged by the mystifing power of the medium.

Alberto Sinigaglia (1984) lives and works between Vicenza and Moscow. After graduating in Architecture at IUAV, Venice, he devoted himself to visual arts and photography. In 2012 he was awarded a scolarship for the Photoglobal Program of the School of Visual Arts (SVA), New York. In 2017 he won the Francesco fabbri Award for Contemporayr Photography and he has exhibitied several times in Italy and abroad. Among them, we recall the final exhibition of Talent Prize 2017 at MACRO, Rome. 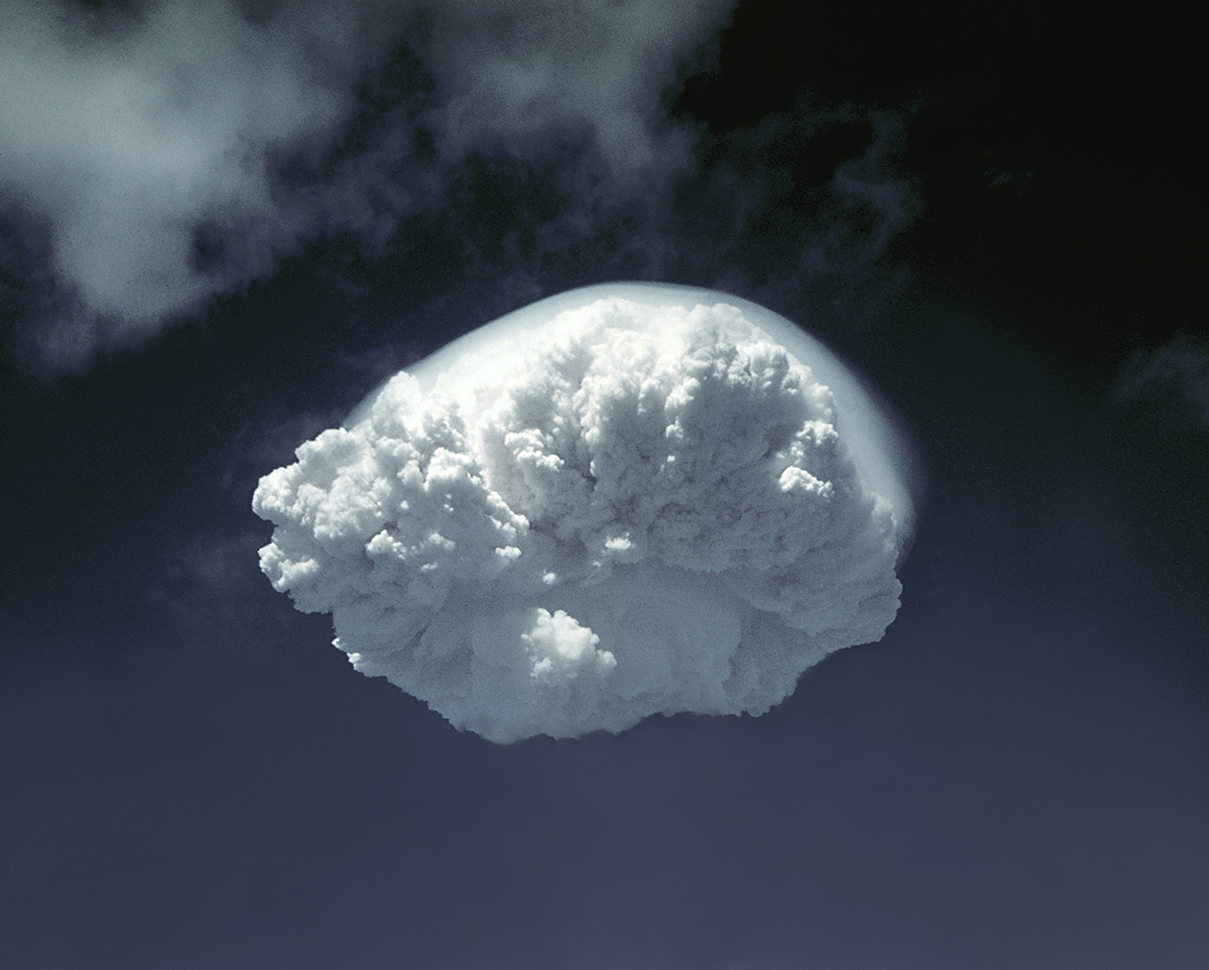 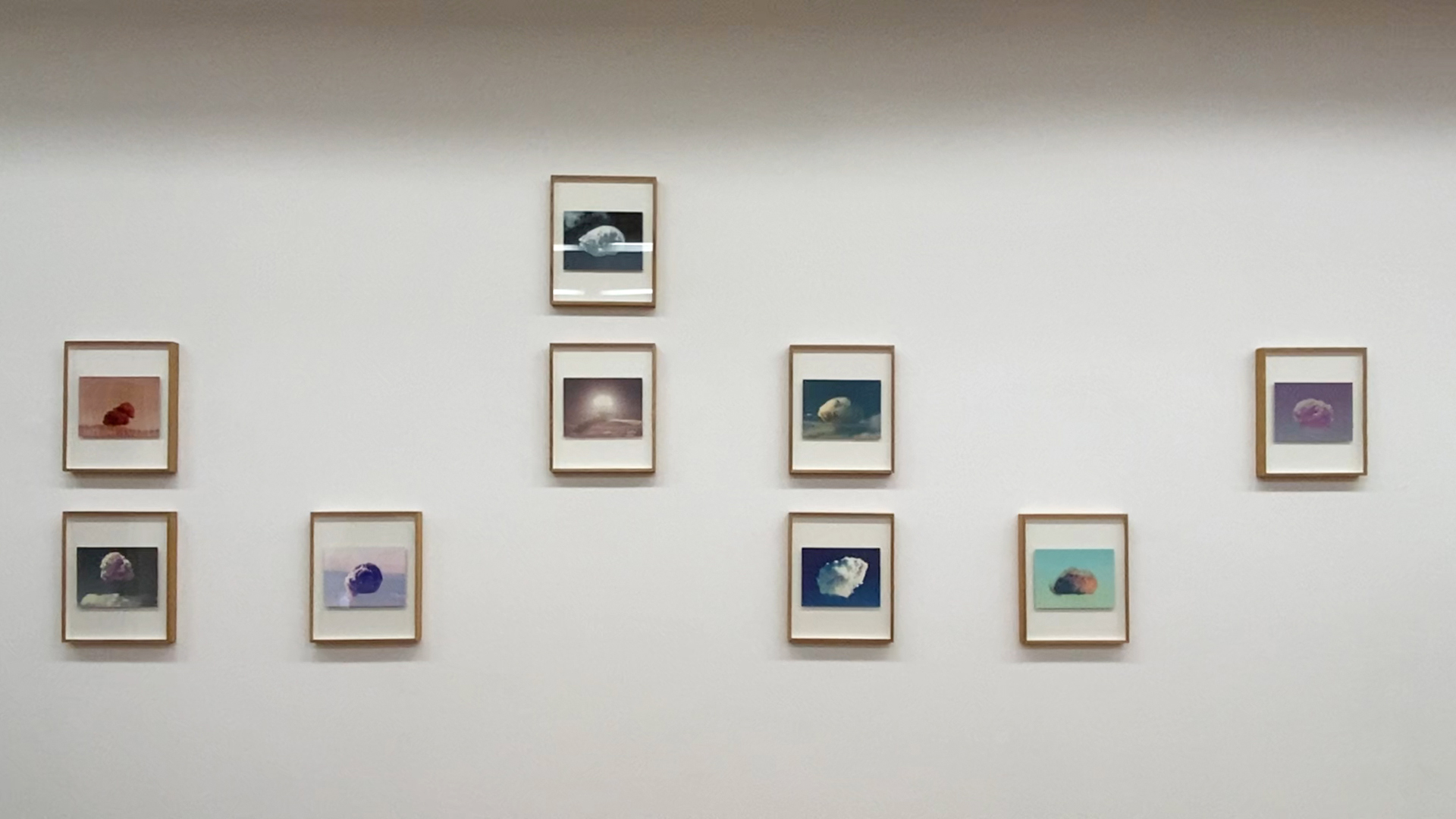 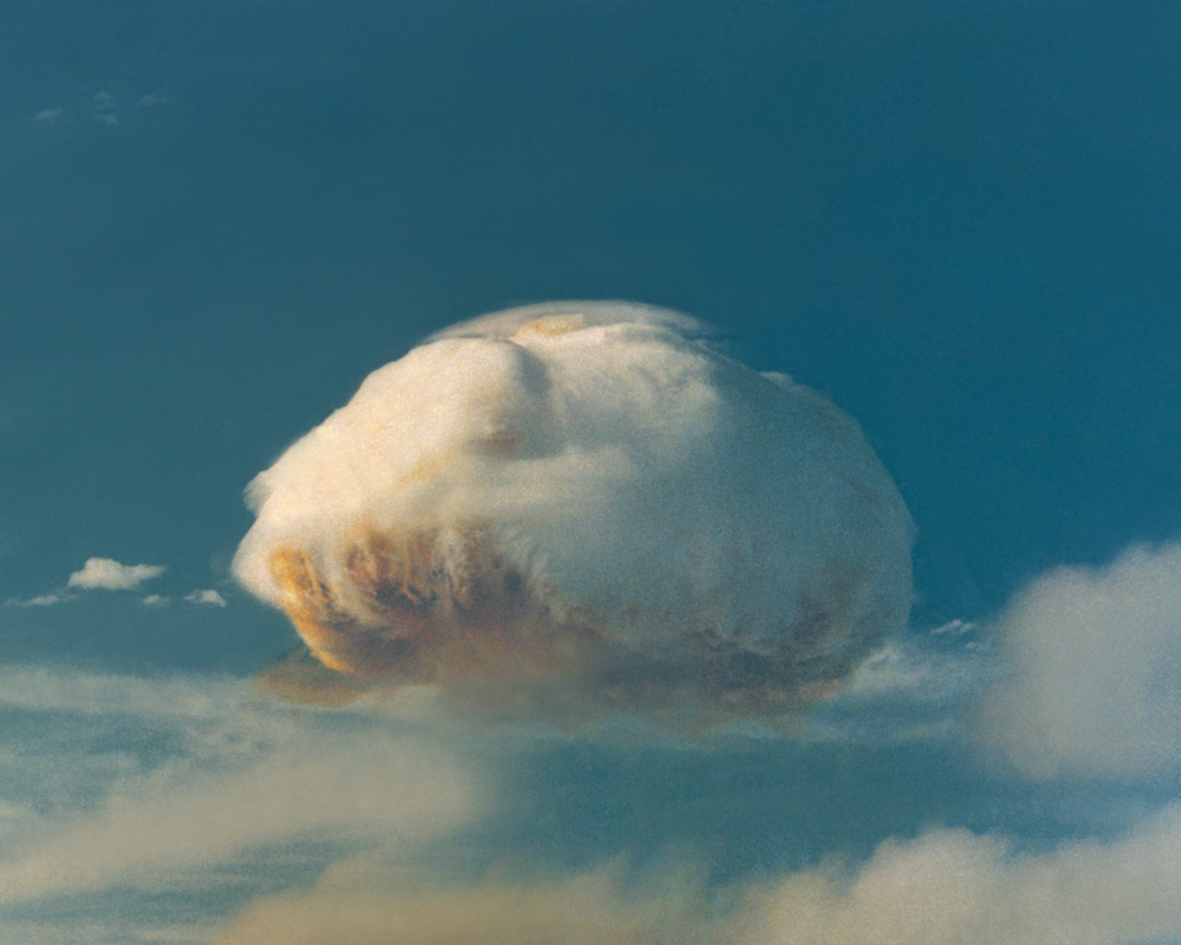 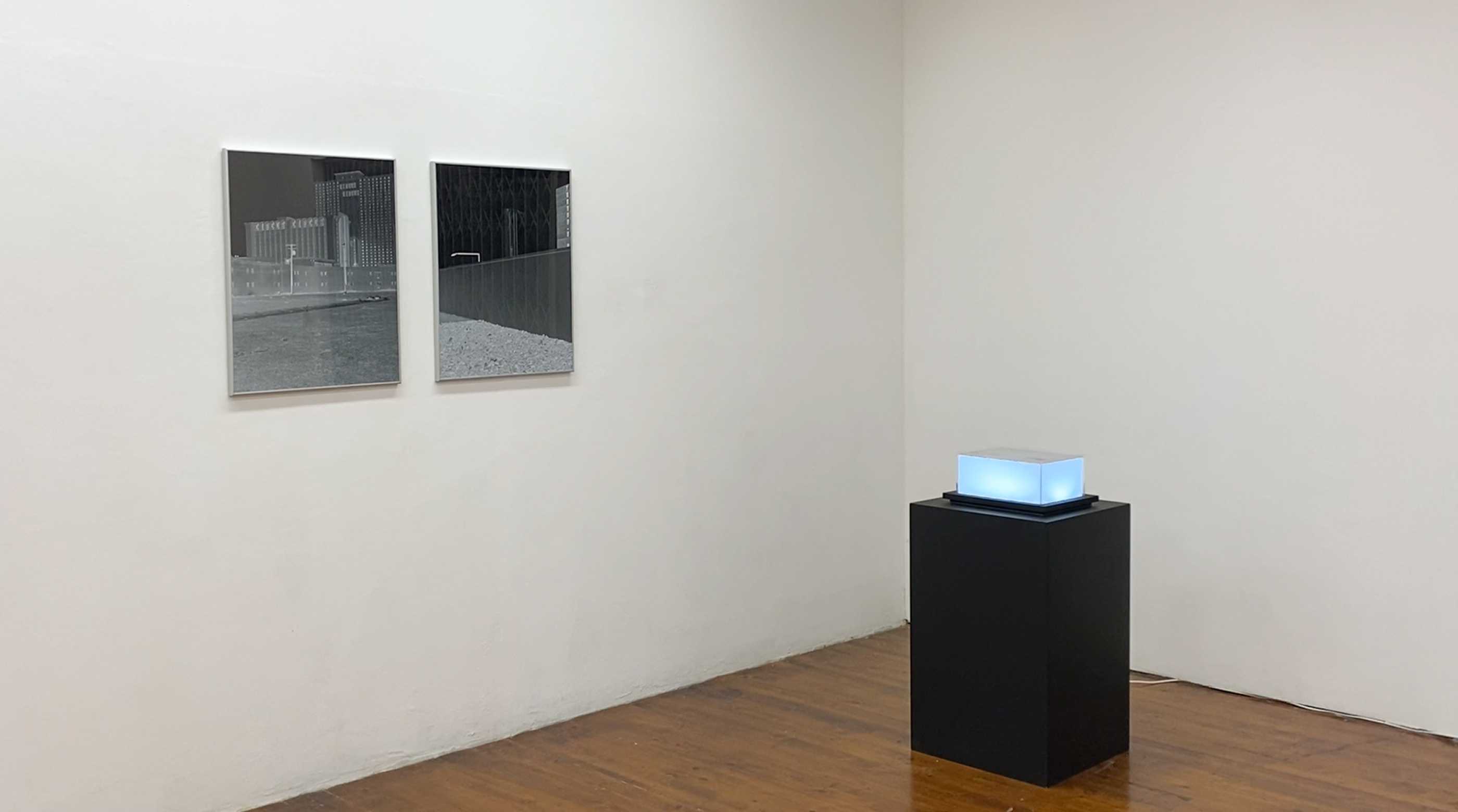 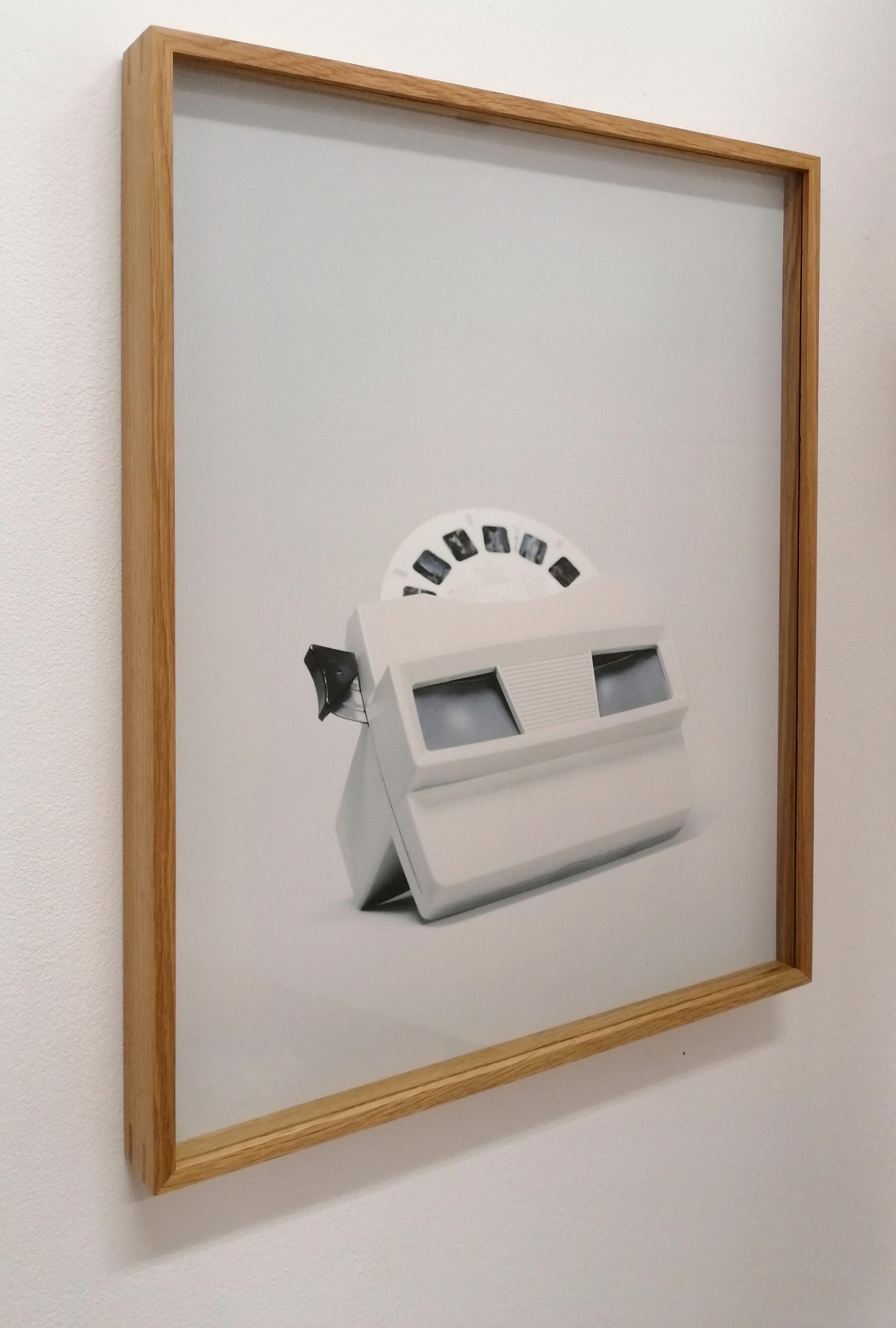