Difetto moderno, ‘modern flaw’, the name of Aleksander Velišček’s first solo show at the MLZ Art Dep gallery in Trieste, was inspired by the title of a short story by a young Italo Svevo, whose figure, portrayed on three distinct paintings, is the starting point of an exhibition path organized around the images of modern and contemporary thinkers and intellectuals. Although the story by Svevo got lost and its content is unknown, the title directly evokes the author’s poetics and his criticism of society between the 1800s and the 1900s.

The three Svevo portraits, based on as many photographs Velišček found on the web, most likely taken during the same photo shoot, feature the writer’s face depicted from different angles, as if trying to capture his inner self starting from the observation of his figure and its possible facets. Besides retracing the same analytical attention which Svevo devoted to individuals, “with the three heads –Velišček observes – I look to a past in which I can still find lessons about the world”. The condemnation that Svevo conveys with his novels of bourgeois capitalist society and of man’s passivity, increasingly more crushed in such society, echoes in the works by the Slovenian artist who, through the plastic quality of his paintings, highlights the importance of thought and at the same time denounces a “constant relapse into the object”. While the paintings’ material quality adds substance to the great thinkers of our time – from Max Weber to Michel Foucault, to Noam Chomsky and Giorgio Agamben, through, among others, Simone Weil, Simone De Beauvoir, Francis Bacon and Boris Mikhailov – at the same time it enhances the material quality of the round and oval wood or cardboards supports it lays upon, as well as the fact that the paintings themselves are propped up, as real objects, on shelves arranged along the gallery walls.

These works are part of the Gulliver series, a term that in Nadsat, the fictional language created by Anthony Burgess in the novel A Clockwork Orange, means head, brains and, by extension, thought. While in this series the plasticity is conveyed by the material quality of the paintings and supports, a distinctive trait in many of Velišček’s works, in the three portraits it is expressed by changing the point of observation, while the choice of traditional materials – oil on canvas – refers to the historical period the subject portrayed belongs to. The same can be said about the portrait of James Joyce, also expressly created for the Trieste exhibition. Among the most significant authors of his time, and perhaps of all times, and Svevo’s English teacher in Trieste, Joyce helped boost his fame internationally, encouraging his writer friend, who until then had not met with public or critical success in Italy, to persevere in his literary production.

Pigeonholed in geometric structures that symbolize the social mechanisms regulating the life of individuals, the figures displayed in the exhibition seem to echo their voices in the gallery space, letting bounce from one icon to the next, from one wall to the other, the issues these men and women have raised throughout the years, calling our world into question. This way, this Aleksander Velišček exhibition acts as a warning towards the biggest modern flaw: that of putting the object before the thought. 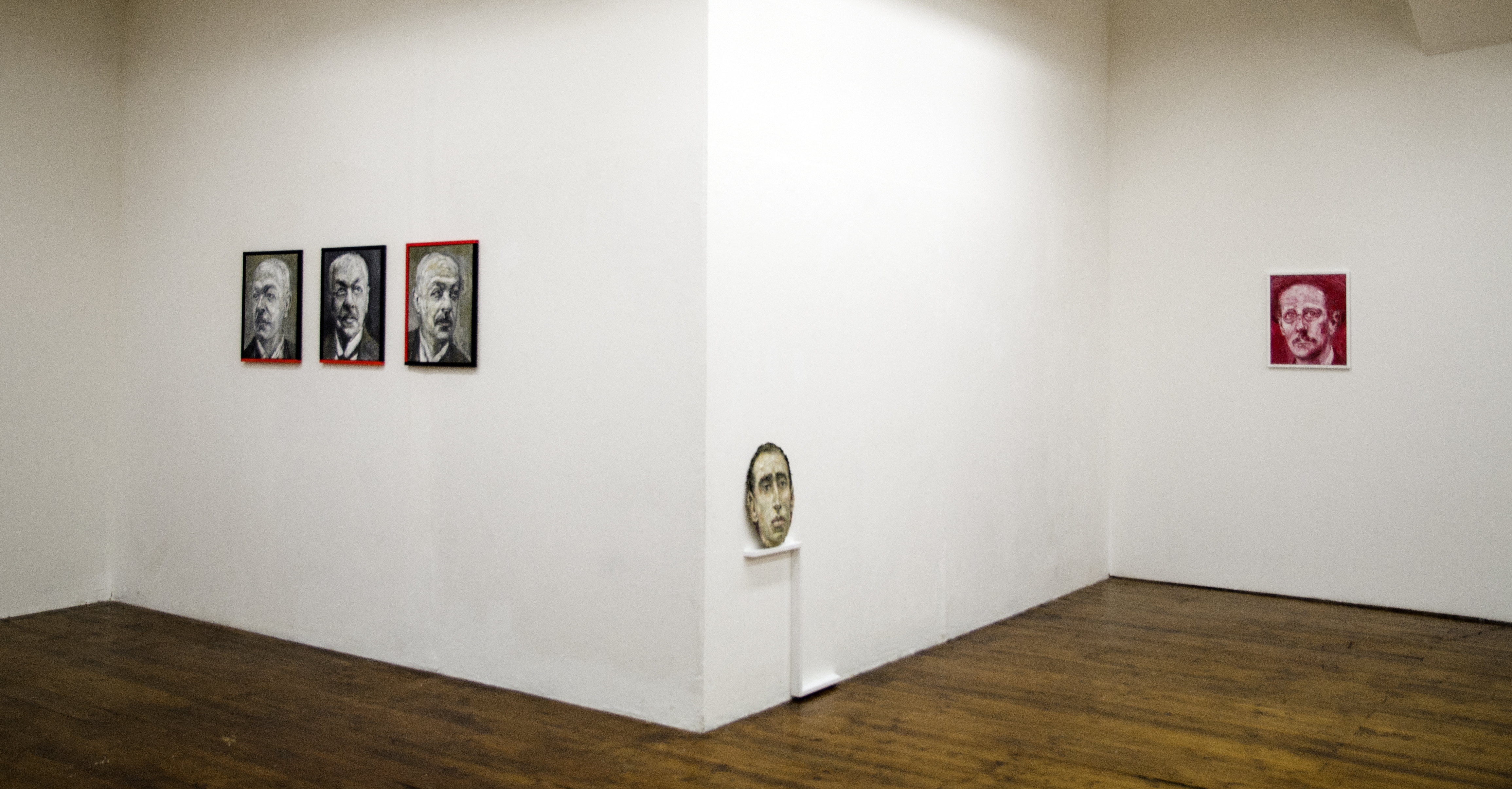 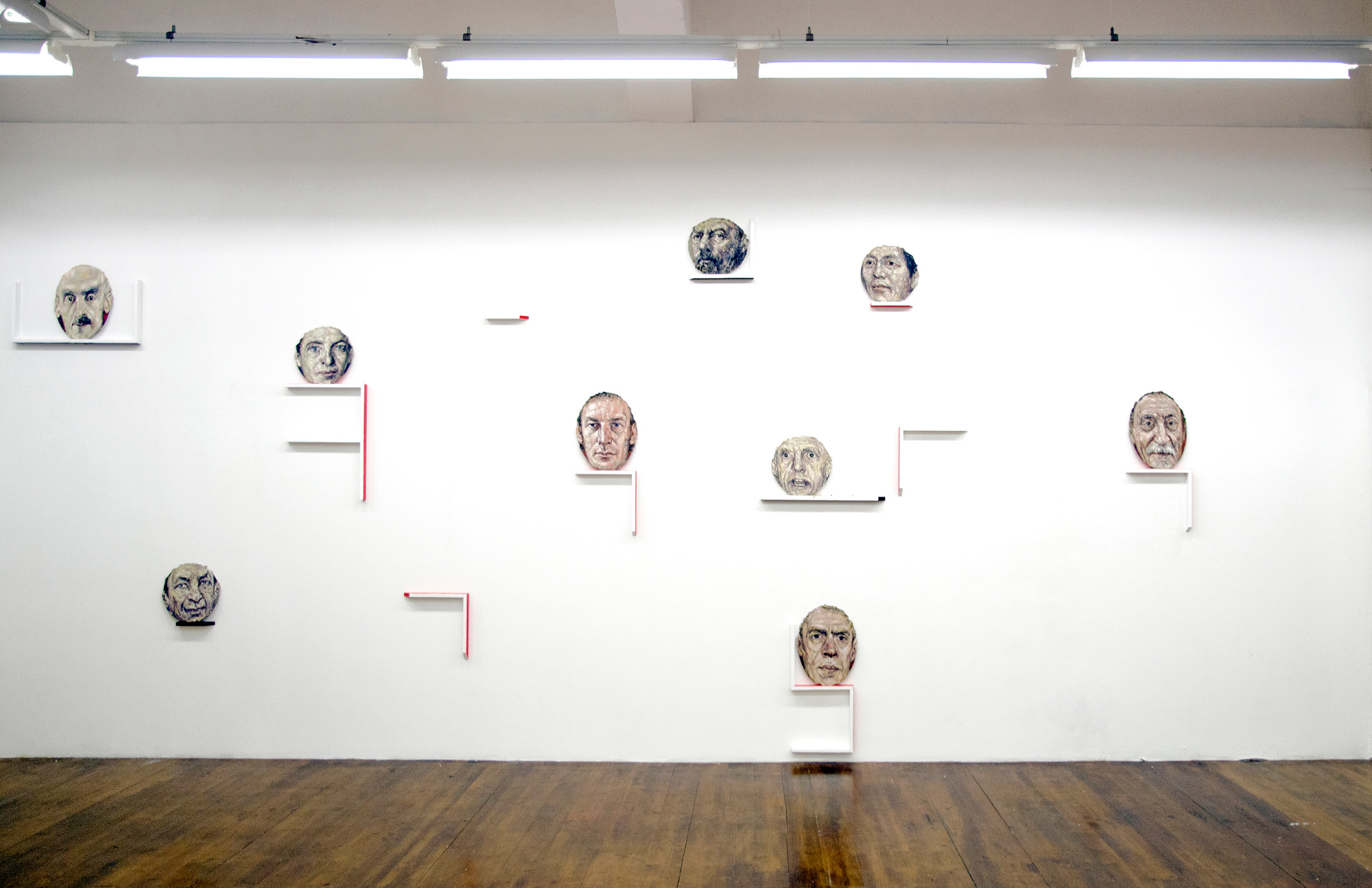 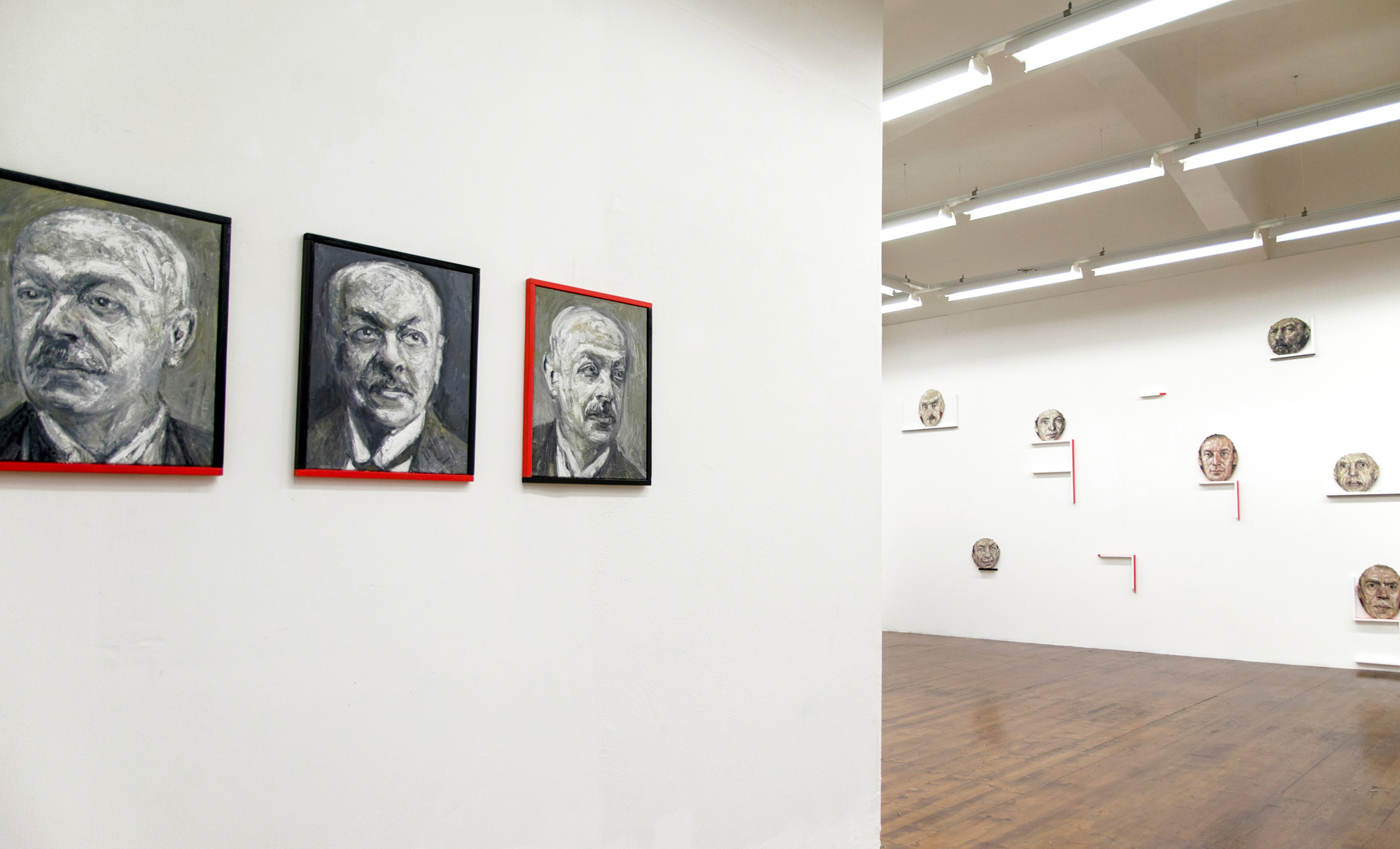 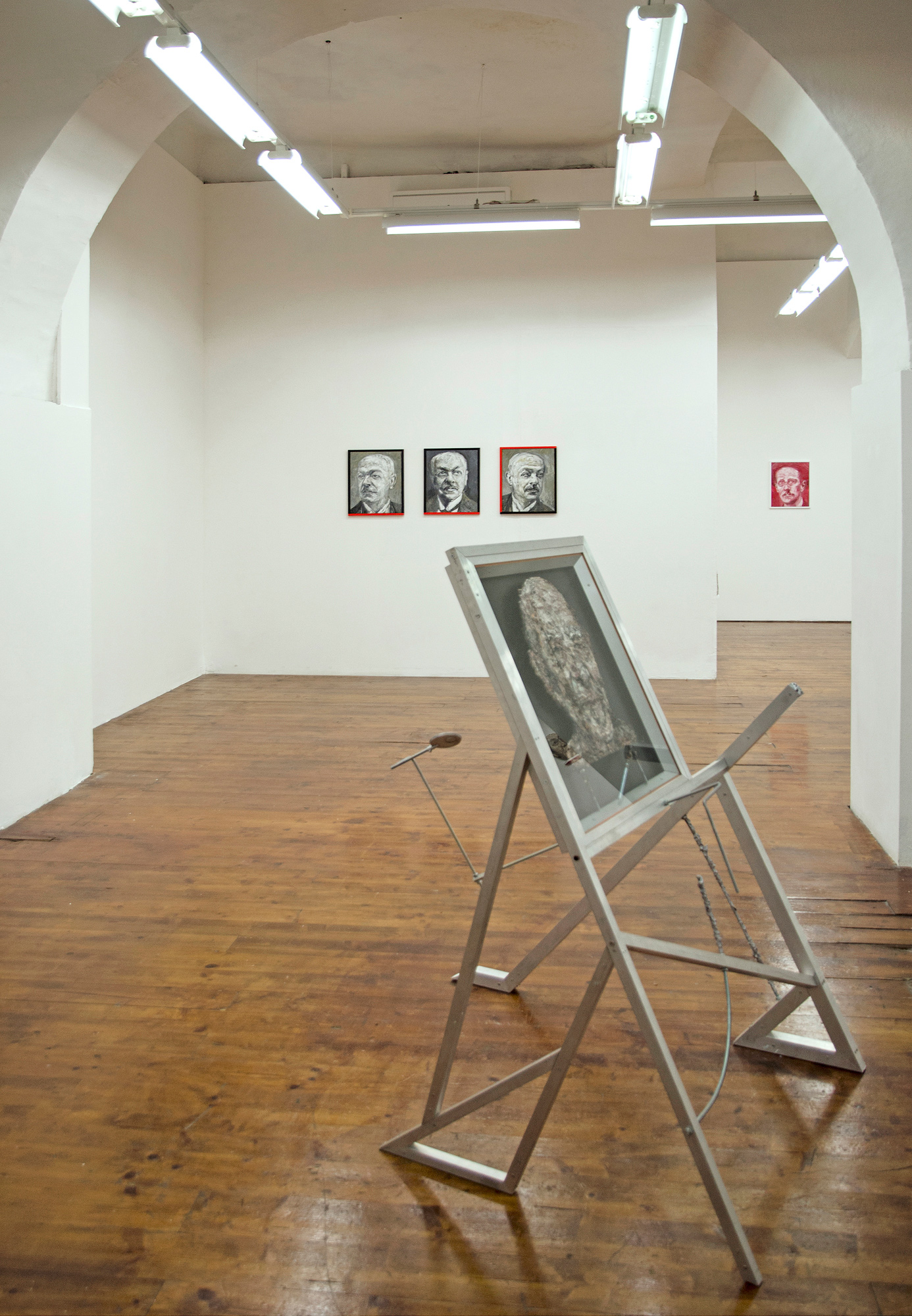