Emozioni Mondiali is the hashtag that, back in 2014, appeared on a series of gadgets celebrating the participation of the Italian football team in the World Championship, evoking their victory in 2006.

The Cool Couple in this series of works, in their typical manner, play on the parallelism between the world of art and football, underlining both their shared and clashing elements as a reflection on a series of themes ranging from the influence of the market on art production to the role of the viewers, from the star system to the historicization of different periods and movements.

The project features a participatory installation giving the audience the chance to hold a joystick and play football with a personalized copy of  Pro Evolution Soccer 2018, choosing among 20 teams, each representing a specific era or movement in art history, from the Renaissance to Documenta 13, and is also composed of a series of paintings and digital photographs.

Produced and set up for the first  time at the MAMBO, Bologna’s Modern Art Museum on the occasion of That's IT, a un metro e ottanta dal confine, an exhibition curated by Lorenzo Balbi, Emozioni Mondiali will be presented at the upcoming edition of  Artissima, in the Present Future section,  running from November 1 to 4, 2018 at the Oval Lingotto in Turin. 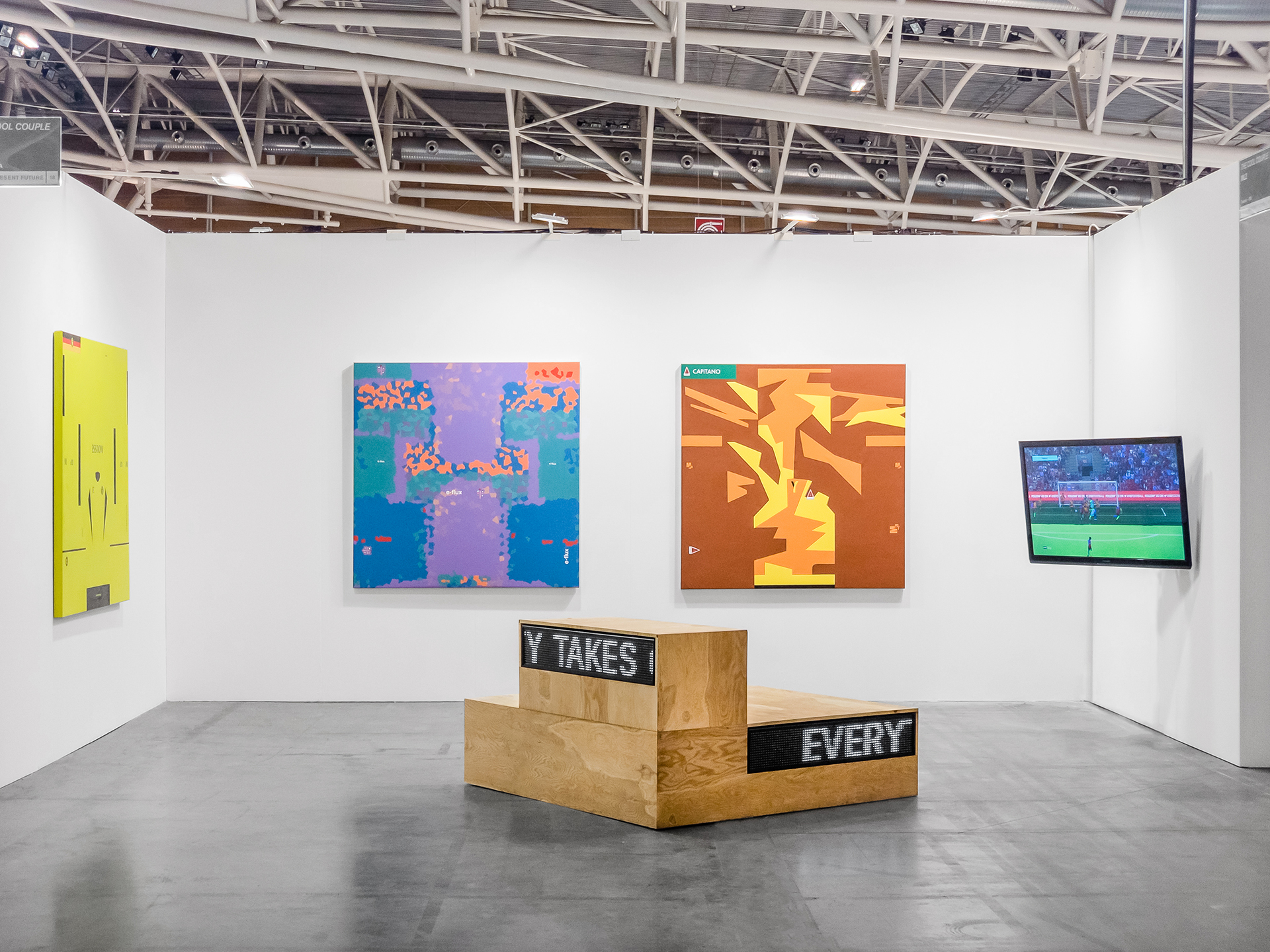 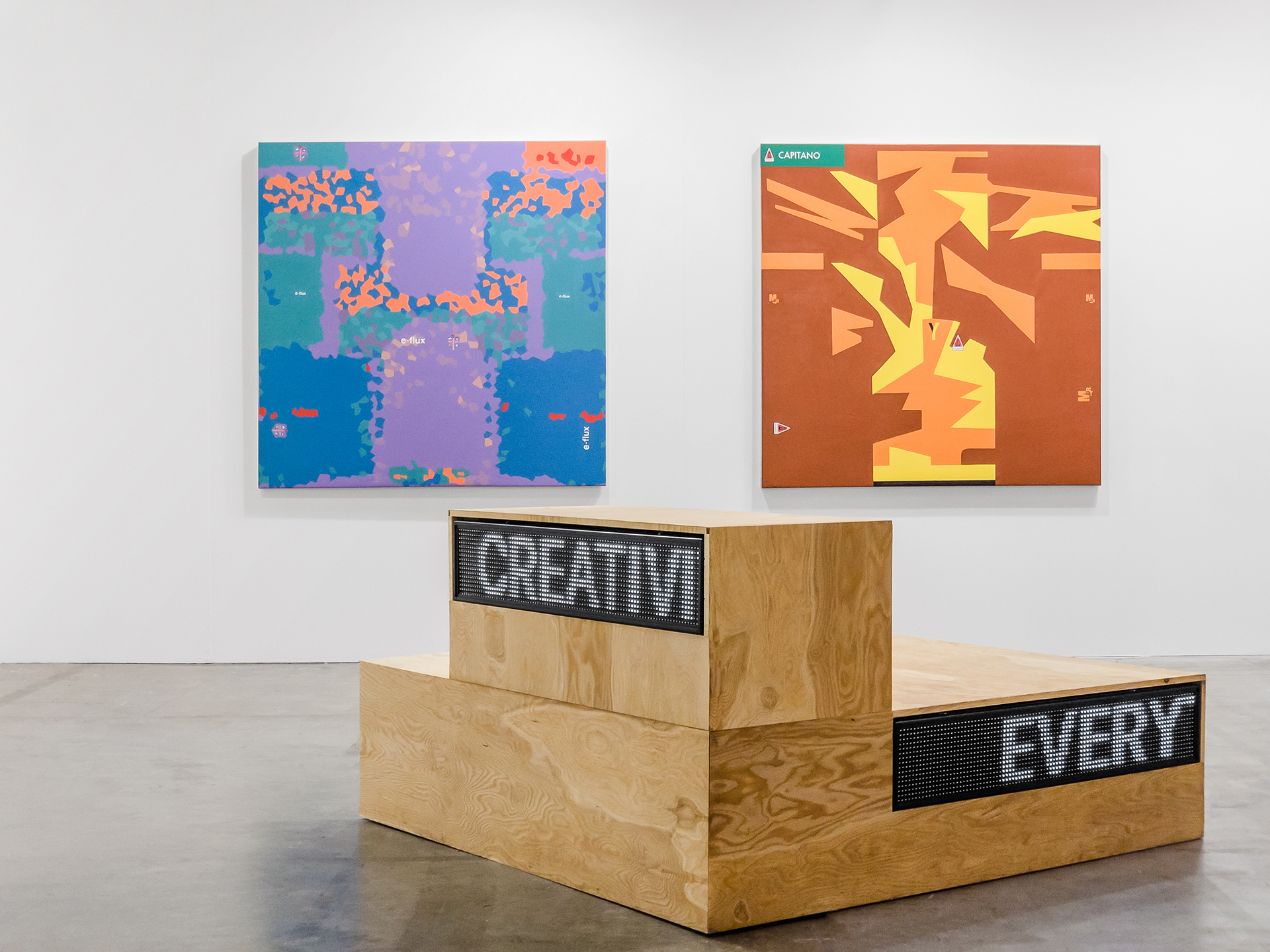 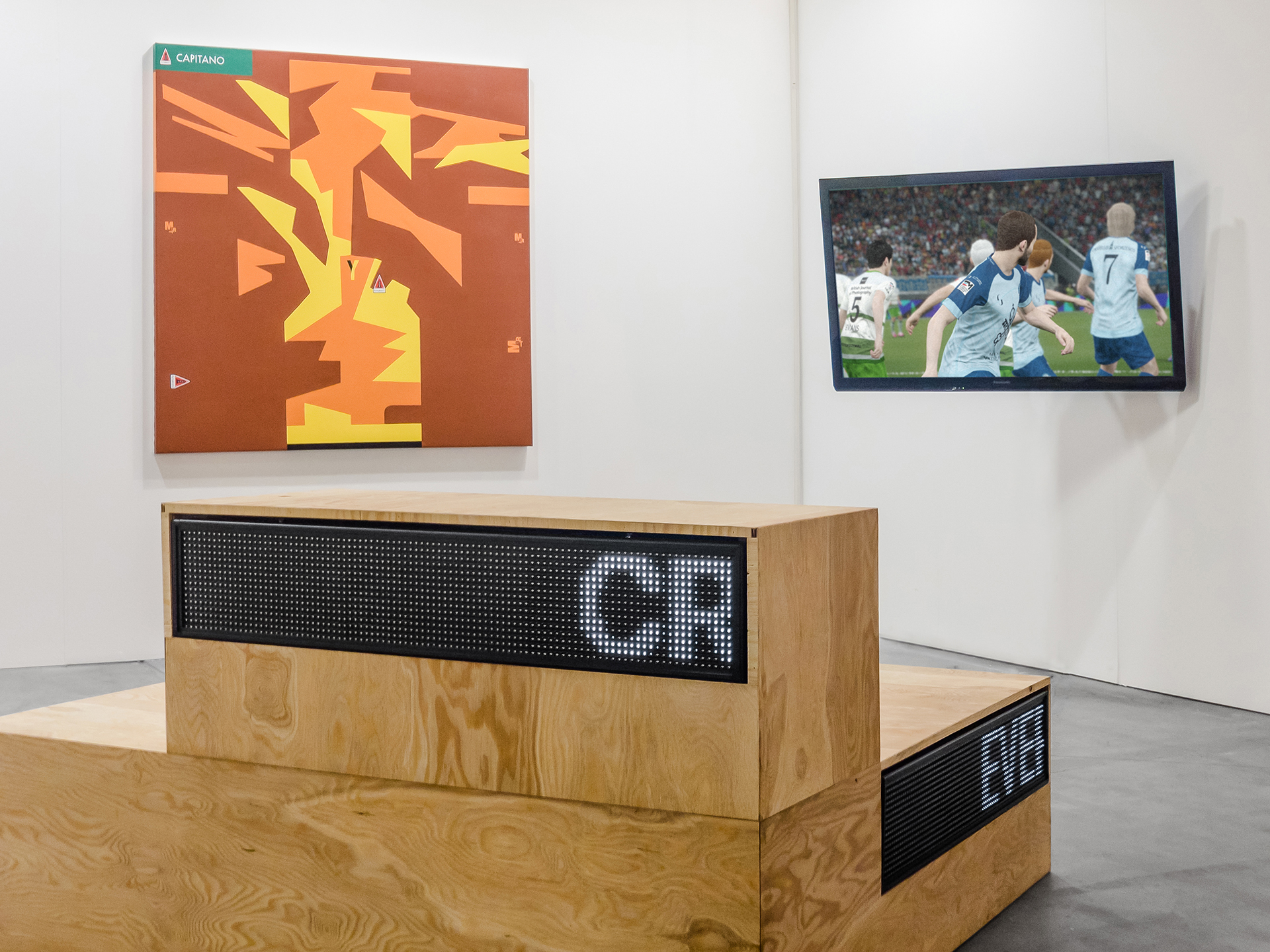