At ArtVerona 2021, MLZ Art Dep presents the most recent works by IOCOSE.

In this series IOCOSE repurpose the iconographic tradition of the fortune teller in the frame of space colonialism and the NewSpace movement.

The NewSpace movement is the contemporary project of colonisation of outer space, currently attracting significant economic investments within the Silicon Valley. The most visible and vocal actors involved in the NewSpace are Elon Musk (CEO of SpaceX), Jeff Bezos (CEO of Blue Origin), Richard Branson (Virgin Galactic), and a large number of private investment companies and technological advisors. The NewSpace movement produces a huge amount of discourses and performances that seek to bring about a vision of space colonisation.

The fortune tellers are often foretelling the future by reading the palm of a human hand. The space entrepreneurs are often seen talking publicly about their strategic visions, picturing invisible spaceships on invisible planets, and posting on social media about the future of our species in outer space, despite the obvious technical and economic difficulties of this ambitious project. They are often pointing at distant planets and new horizons, sharing a transhumanist dream of
enhancing, or even detaching themselves from, the constrained human bodies we live in.

In this series made composed of video-installations and digital prints, IOCOSE represents disembodied hands landing on Mars, caught in a frozen state while gesticulating and pointing at invisible futures.
Recurring buzzwords and slogans predicated by the NewSpace movement are displayed on the hands' skin, as premonitions of an imminent future colonisation of other planets and galaxies. 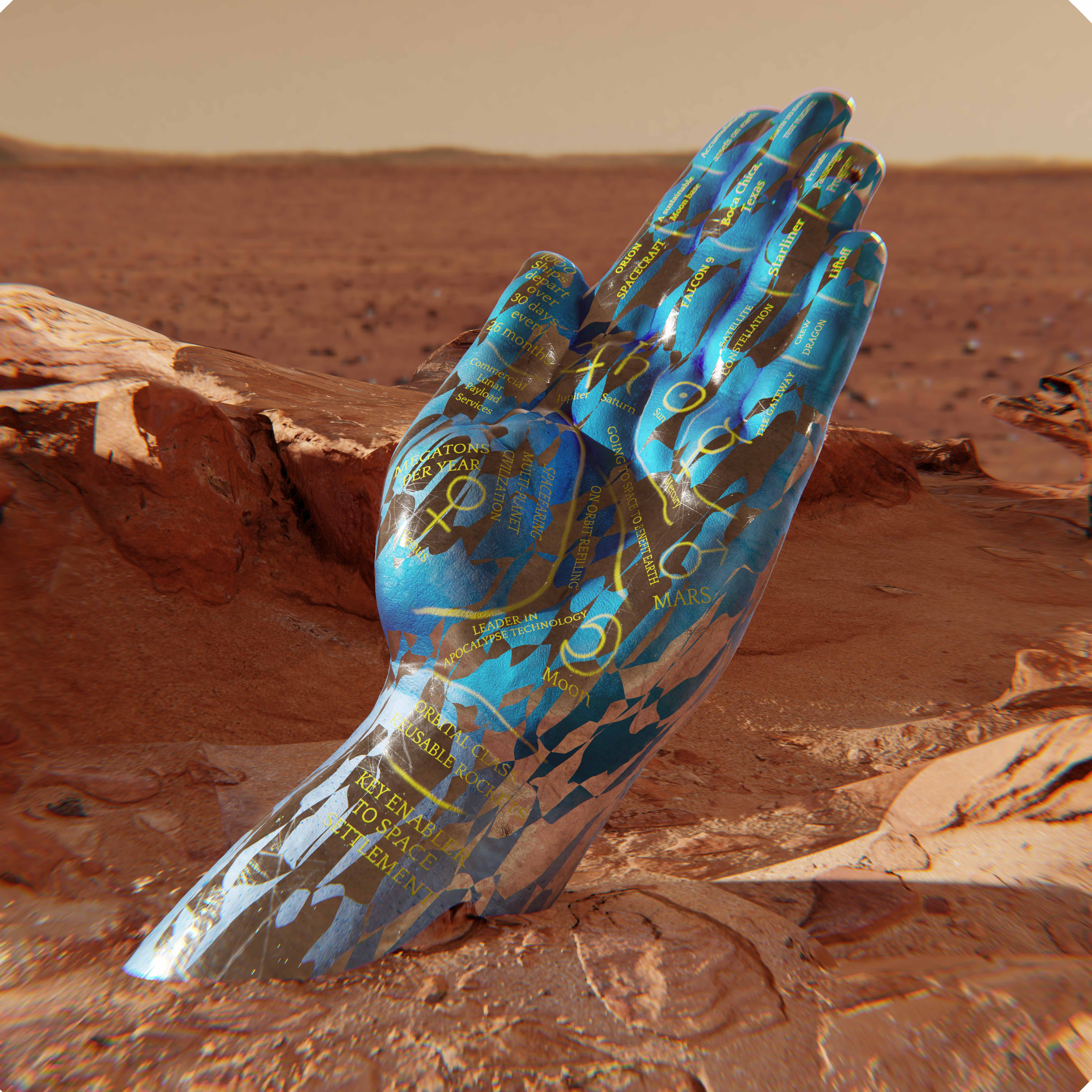