Among the winners of Level 0 award, assigned during Artverona 2015, Mexican artist Calixto Ramirez (Reynosa, Tamaulipas, 1980) was selected to present his first solo show in Italy, cuatropasos / Napoli, in the spaces of Castel Sant'Elmo and of Museo del '900 in Naples.

“cuatropasos” (which is Spanish for four steps), besides indicating the four steps of a broader project, is a figure of speech that in Italian indicates a short walk or, better, the “stroll” that Calixto spontaneously goes for when he wanders alone in the streets of a city, a very personal exploration modality through which the artist gradually absorbs information from the surrounding space, appropriating a place, experimenting with his interaction with people and lifestyles, daily rituals, customs and clichés, observing with attention and curiosity the architecture and space, in order to appreciate the historical and cultural strata and to register everything that his extreme sensitivity may capture.

Rather than a simple physical movement, it is a experiential path, lived intimately as a natural act of reflection charged with stimuli and urges needed to formulate an artistic concept and to trace back images, elements and objects, memory fragments that will compose his work, a reinterpretation of reality.

Calixto’s works are not expressed in the formalization of a specific language, but rather in his peculiar inclination as an artist.

cuatropasos | Napoli the exhibition features a corpus of six brand new works inspired by the city, created by Calixto to mutually interact within a single space conceived as a catalyst of memories, through which one can observe the variety of suggestions produced by his “stroll” around Naples, marked by repeated encounters with peddlers and young boys running around the neighborhoods’ streets, immersed in its scents, around the fish markets; looking at the eroded and deteriorated buildings, observing the symbols and signs of the city’s past and present.

The artist’s experience in Naples is thus brought back with great intensity through highly evocative references and images, freely drawn from the contradictory yet fascinating condition of the city.

promoted and supported by Castel Sant'Elmo and Novecento, Napoli 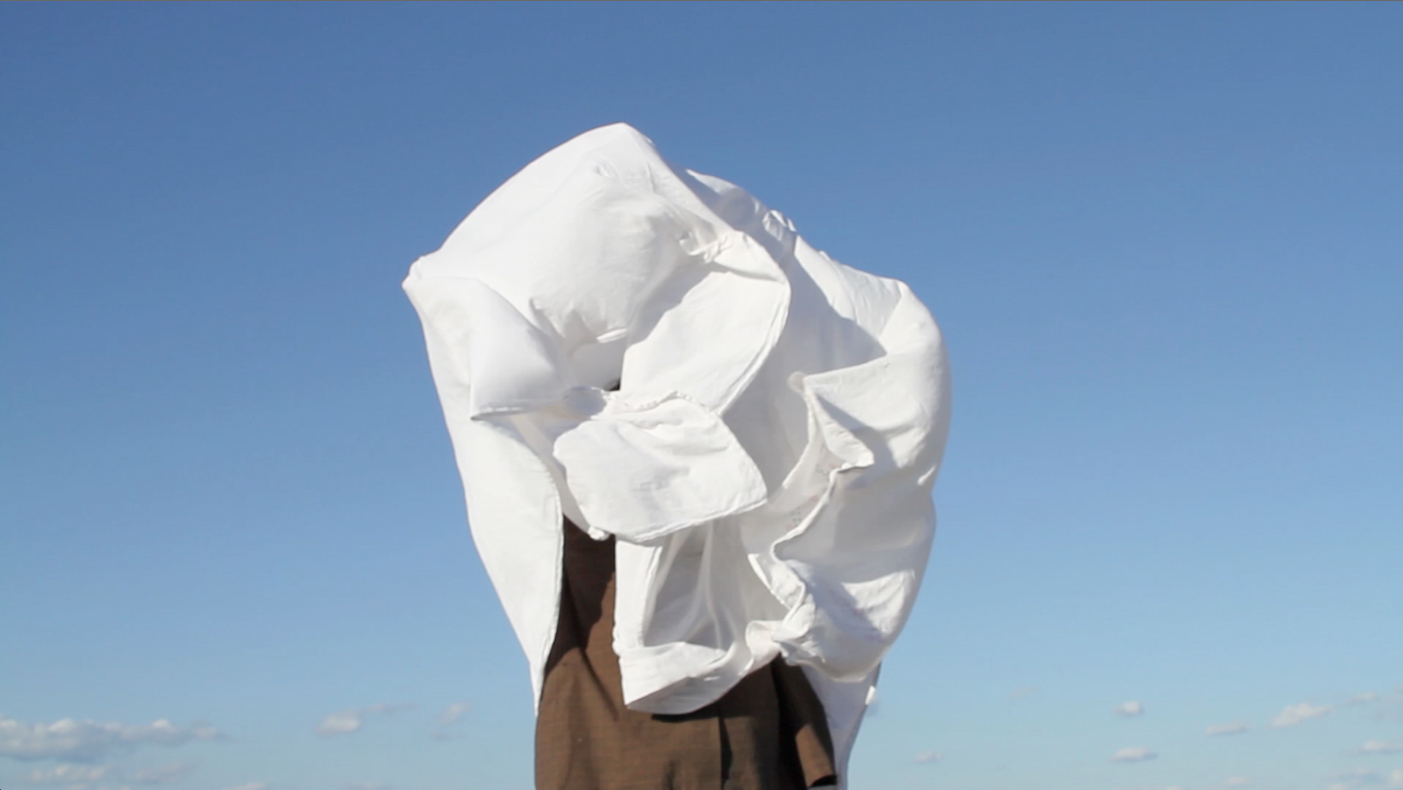 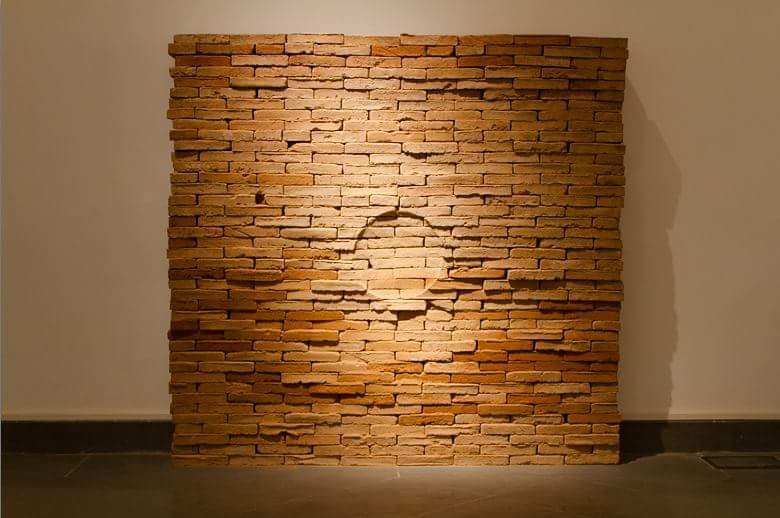 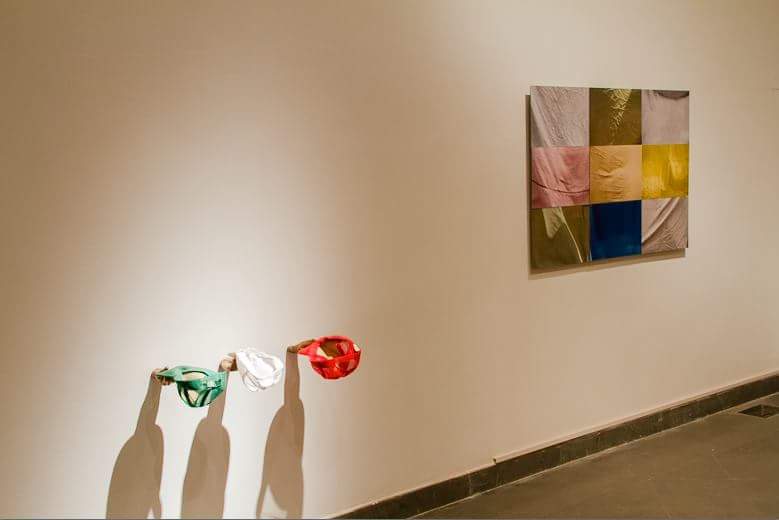 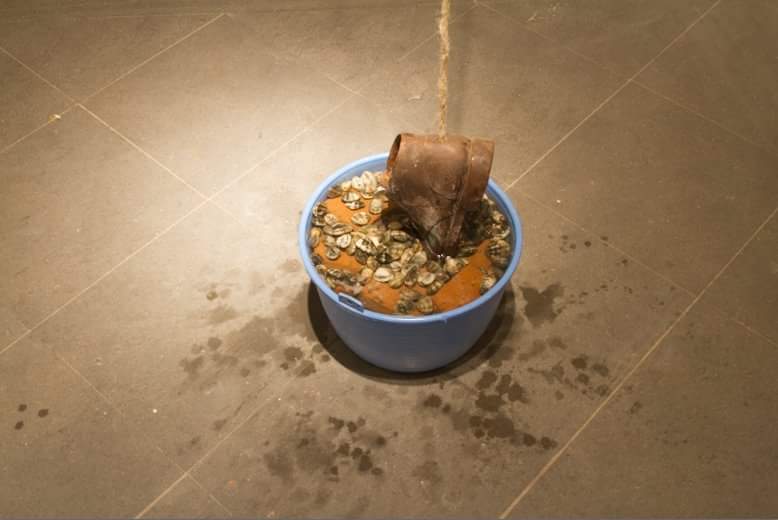 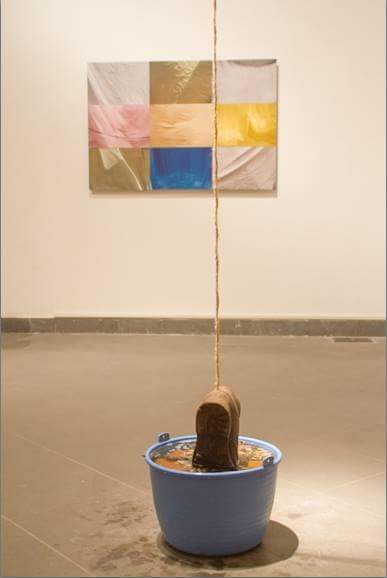