Two different artistic personalities, apparently distant, have welcomed the proposal to measure themselves with a never-see-before “Face to Face”, as an opportunity of mutual exchange and interaction to explore, although with their different languages choices and expressive modalities, interesting common elements, starting with their biographies.

Thomas Lange (1957) born in Berlin, the painter has been a protagonist of the lively art scene of the former West Berlin in the Eighties, debuting with the so-called “young wild ones”. Following the collapse of the Berlin Wall, he moved his Atelier to the countryside in central Italy. The contact with the local culture and its remarkable historic and artistic heritage had a key role in his research and favored the progressive transformation of his pictorial language.

Ampelio Zappalorto (1956), born in Vittorio Veneto (Treviso, Italy), graduated at Venice’s Accademia di Belle Arti and arrived in West Berlin in 1984, where he got to know Lange’s work and breathed in the special international mood and mingling of cultures of a city that would have become his own, indulging in its multiple changes, in particular those occurred from the reunification to present time.

The biographies of Lange | Zappalorto share an initial moment that may be identified precisely in the search for a new homeland, yet with a diametrically opposed goal: the escape from Germany to Italy for Lange, from the city to the province; from Italy to Germany for Zappalorto, from the province to the city. An exchange of nationalities, of scenarios and cultural settings that had a remarkable impact on the creative paths of both artists, without neglecting their original DNA.

Thirty years on, the Lange | Zappalorto encounter has now become a lively and enthralling exchange: a “face-to-face” meeting of two well-defined and strong individualities that develops along a selection of works displayed in the gallery spaces, including various portraits and self-portraits, both real and metaphorical, offered within an organic, coherent system capable of highlighting the peculiarities of an intense dualism and of triggering unexpected connections between the works, in a continuous dialectic exchange.

Thomas Lange is most of all a great painter who with time was capable of distancing himself from certain “wild” practices, continually reformulating the steps of a true development path. Ampelio Zappalorto is an extremely multifaceted and multiform artist who employs various techniques in the gradual deepening of his research, going incessantly from one medium to the next.

Both artists share an impellent, clearly stated urge regarding their identity and existence where their personal lives become an essential starting point upon which to draw endlessly, to experiment with oneself in relation with history, society and cultural processes, stimulating further reflection.

Thomas Lange showcases small and big sized paintings chosen from various series realized between 2012 and 2015, including self-portraits and portraits of relatives, of his partner Mutsuo, of his friend Reinhard or of friends transfigured into something else (War-Apostel), all taken from photographs and created through the repeated layering of colors and the re-painting of the pictures which show through a totally interior, challenging tension between abstraction and figuration, producing complex and deeply expressive images as the result of a violent and overwhelming pictorial act. They are connected to a series of small portraits of past artists (2015) and a number of cold-painted terracotta objects from the “Sebastian” cycle (2007/2012), where the iconographic revisitation of St. Sebastian’s martyrdom turns into the metaphorical self-portrait of the artist’s inquietude.

Lange’s works are juxtaposed with those by Ampelio Zappalorto, in a quick verbal exchange starting from the various format photographic works made in 1995/96 and arranged into a diptych in which a number of details of his own self-portrait and of his former partner’s painting were cut out and sewn with needle and thread on each other’s face, carrying out a sort of physiognomic blend that hints at an identity exploration exposed through the concept of androgyny. Also featured a series of objects like double trousers or shoes connected by a single lace (Golden Gate, 1992) that become the representation of the concept of the “double”. In the 2008 painting “Fino al termine della notte” emerges the symbol of the “child” who, through his naïve sensitivity captures certain aspects of life inaccessible to most people. The imaginary reference world of Zappalorto is extremely rich in recurring symbols such as personal object/fetishes or others like animals, the young girl, the wooden stick, the tree, all bearers of self-referential enigmatic meanings that introduce the viewers to a densely meaningful, mysterious journey. The modus operandi of Zappalorto focuses on unpredictability and a lack of a project framework that turn each work into traces of an unfinished discourse that takes us from one work to the other.

The “Face to face” exhibition thus aims at being a reflection on the theme of identity explored from multiple perspectives and on the artist that employs his own as the paradigm with a broader meaning or that is reflected in others as a basis for comparison. 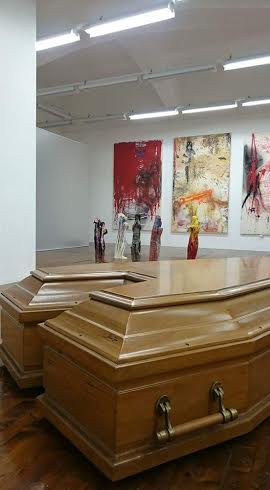 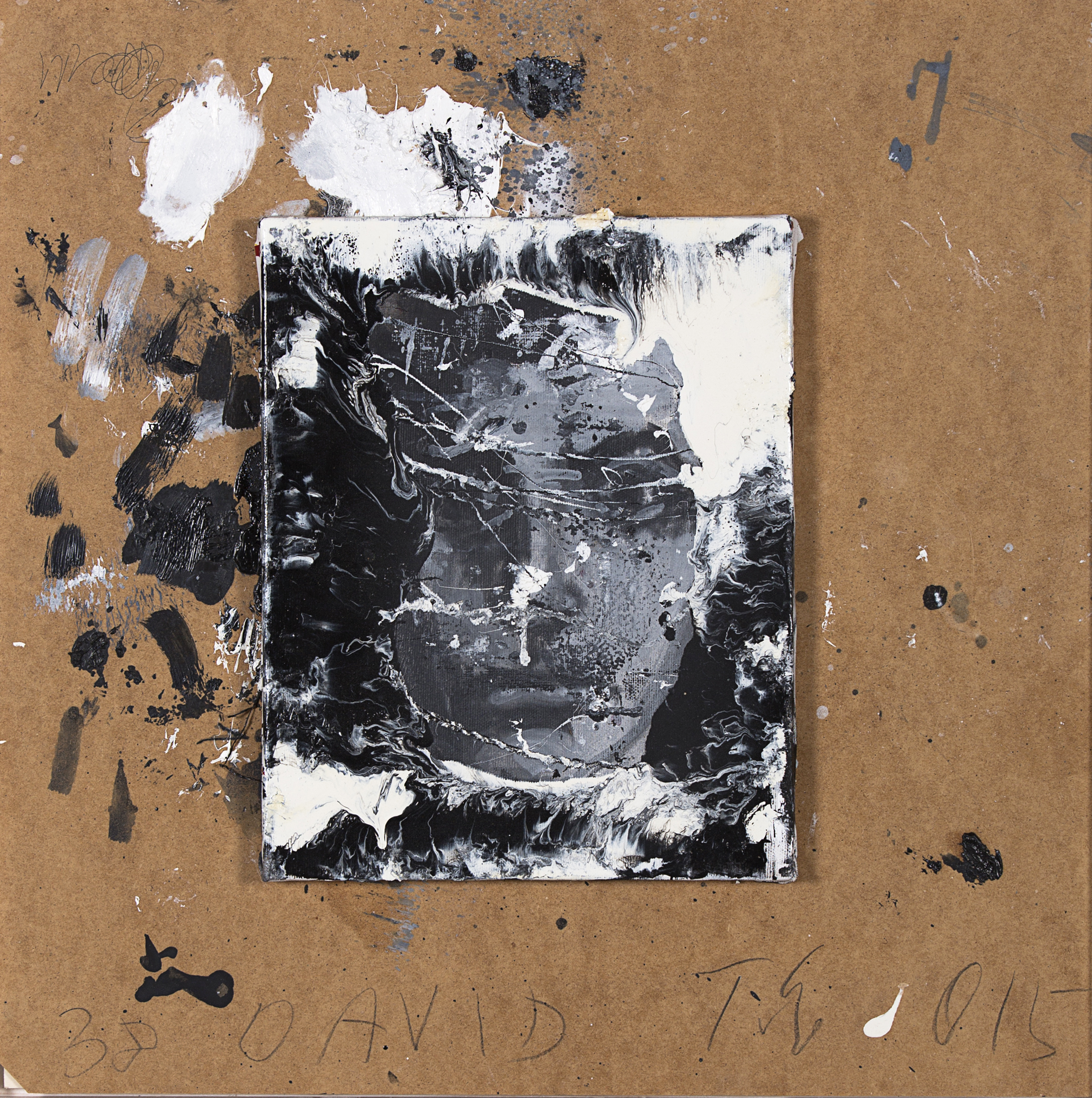