The letter A, chosen as the exhibition’s title, indicates the origin and starting point of something. “A” is the first letter of the alphabet, considered as a system of signs whose combination generates words, the basic elements of language, but it is also a graphic sign made up of a simple structure of segments that intersect with one another as the load-bearing axes of a construction, of a phoneme and, in a broader sense, of a discourse.

The work of Valentina Palazzari is based on an intense exploration carried out through the gradual discovery of the possibilities offered by one’s own tools and research modalities, to distinguish each time the original signs of a language in their configuration, of an ever-evolving expressive code.

Interested about the physical properties and aesthetic qualities of metals and their ability to change and transform in relation to external agents and to the passing of time, Palazzari deeply explores their formal possibilities, straining their highly evocative and poetic potential, moved by an uncontrollable creative tension that pushes her towards a continuous experimentation of actions and modalities with the desire to trace back primary shapes and signs that are at the basis of a brand new syntax.

The exhibition features a selection of recent works composed of electrically welded netting, reinforcing iron bars and the rust they produce that is left to deposit on cotton and linen canvas, on marble or plastic. Albeit with their diverse statements, the works aim at composing a single visual itinerary and are connected both through the relationships with the surrounding space, and through the mutual exchanges between the objects and the canvasses, since they were conceived by the same intention - that becomes gesture - through which the artist juxtaposes, layers and piles up the metallic grids, searching for new combinations of meaning and semantic variations, or, conversely, simplifies its structure, reducing it to the minimum, and removing the superfluous elements to open up further spaces for interaction with the material. The reinforcing iron bars themselves become the matrix to impress signs, rips and burns on various media, stimulating the slow corrosive action of rust, a metaphor for strength and vital energy, that produces unusual aesthetic phenomena and extremely intense chromatic compositions implied in the variation of the action, of the gesture and of the material itself, stimulating a challenging conversation between the object and its trace, just like the back and front of a medal.

The netting and reinforcing bars used in construction to reinforce the concrete structures of a building become the frame of a new linguistic construction capable of opening further imaginative paths between the inside and the outside, the volumes and the surfaces, the solids and the voids, in a proliferation of connections and meanings.

Valentina Palazzari was born in Terni, Italy, and is based in Rome. Her recent works include the spatial work “Il Muro dei Muri” (2015) installed at Piazza del Popolo in Todi (Perugia, Italy) within the 2015 Todi Festival, intended for a permanent collocation in Terni; the permanent spatial work for “Terravecchia 2016. L'Uomo, il Suono, la Natura (2016); the collective exhibition at the Galleria Il Frantoio, in Capalbio, (Grosseto), Italy (2016). 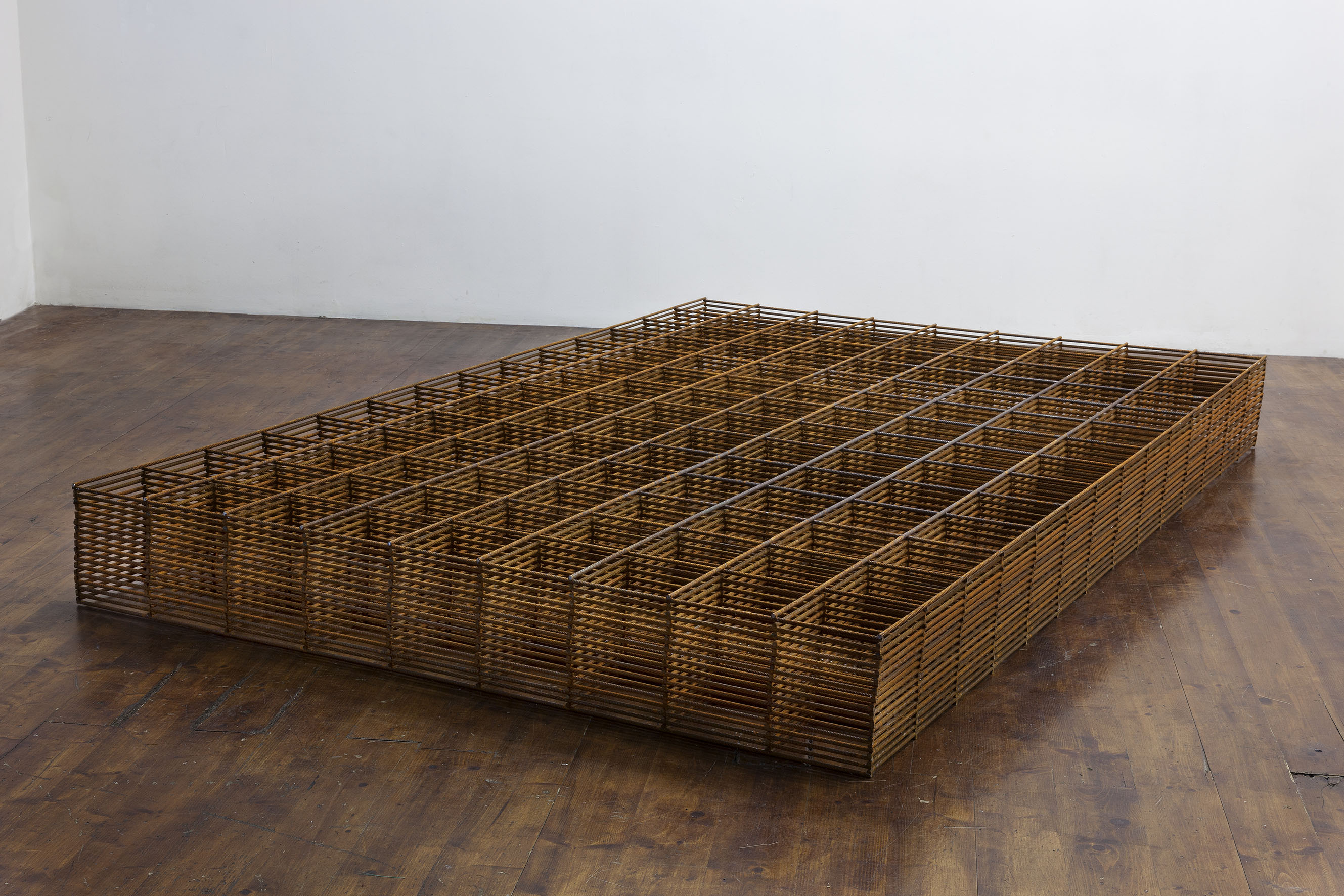 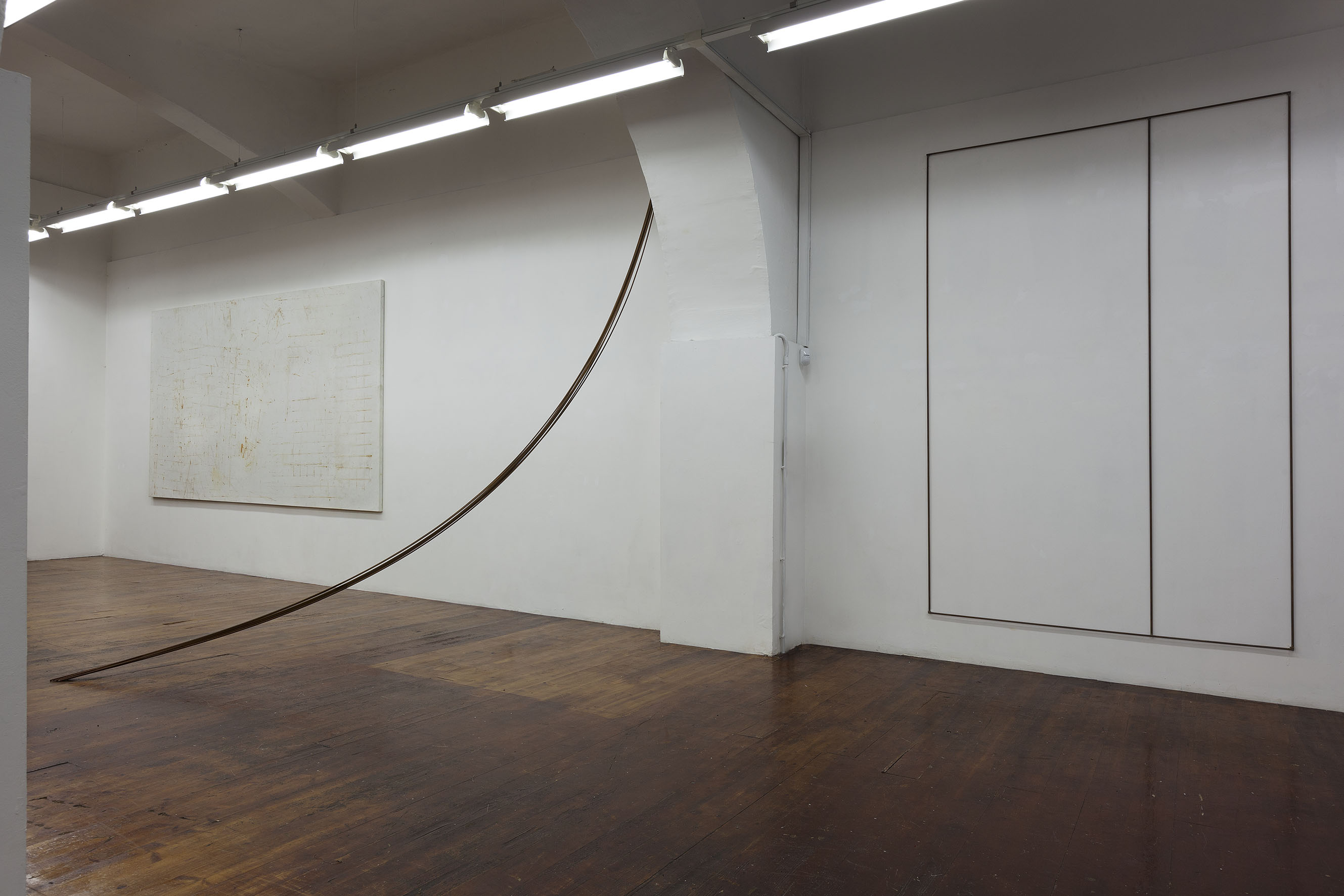 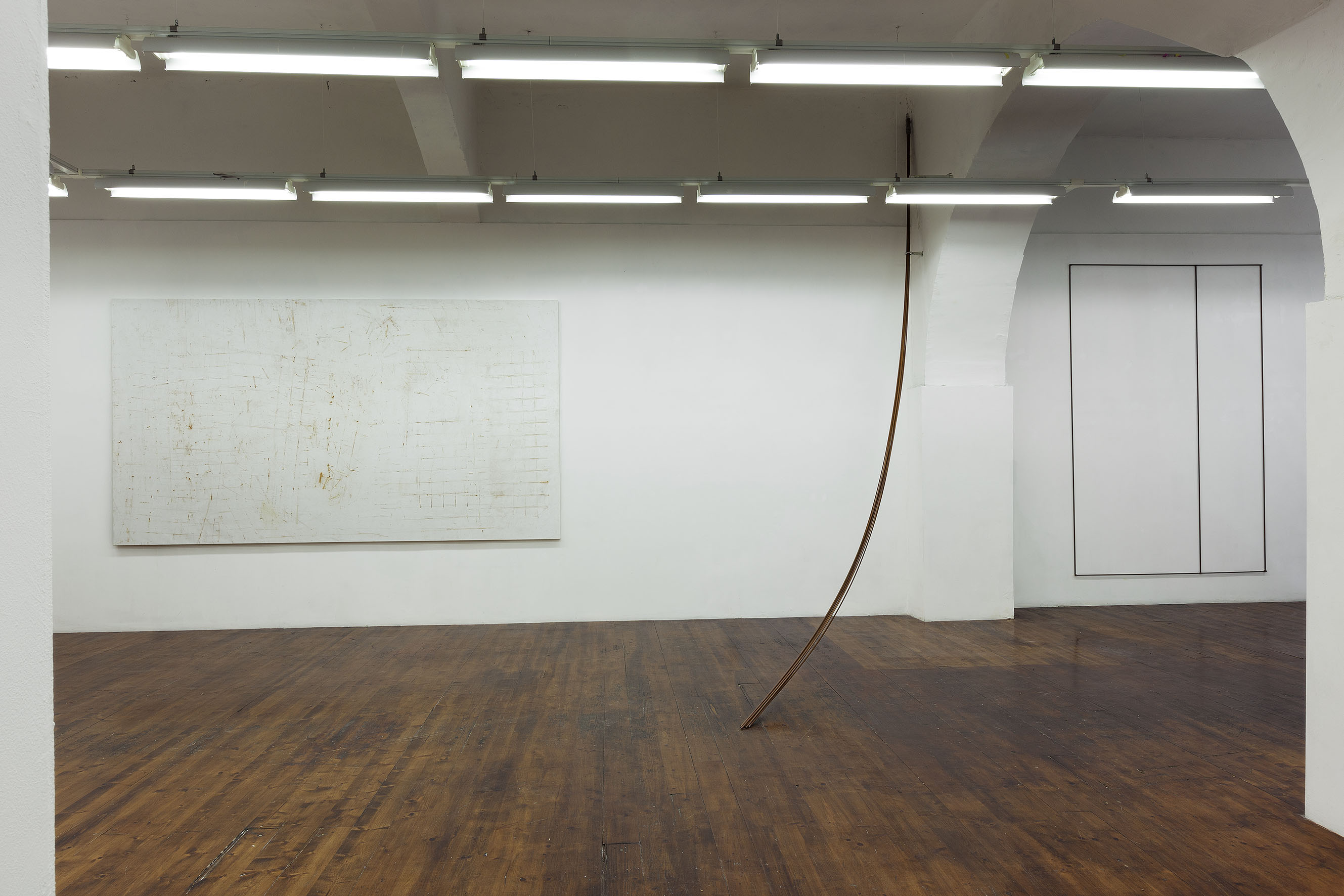 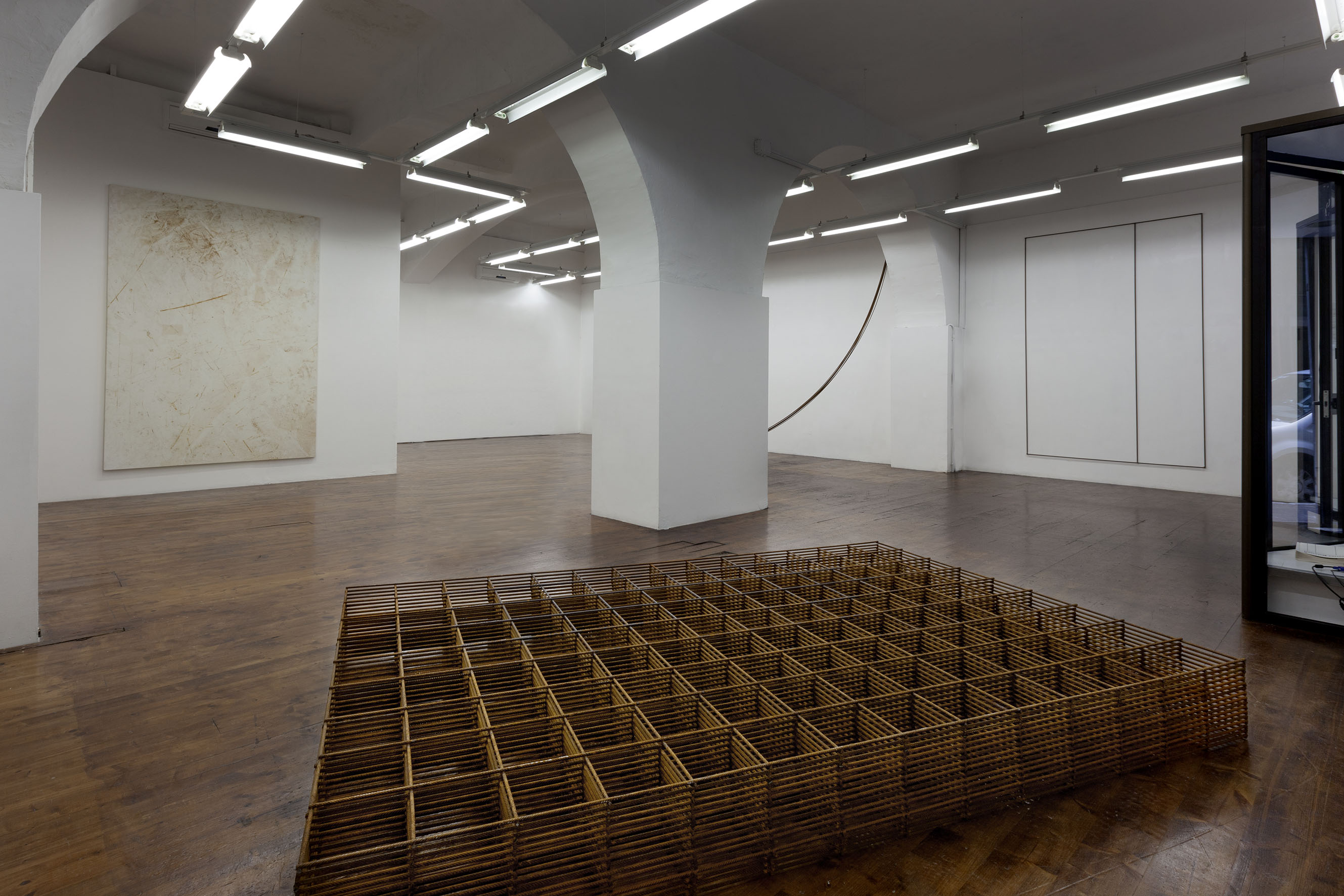